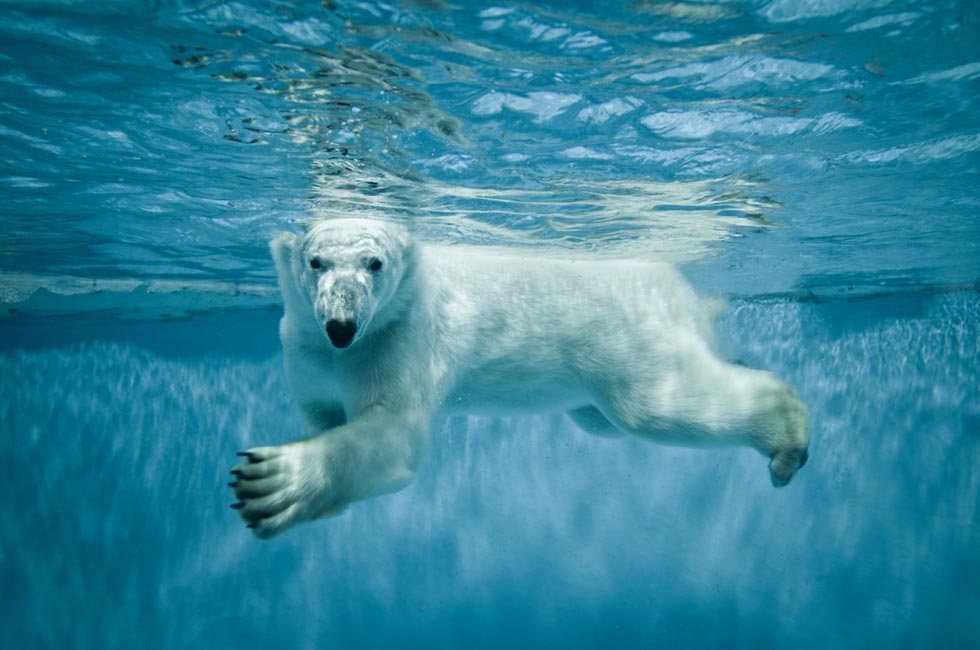 It was just like any other trip to the dentist … except the patient weighed 38st, was covered in fur and was treated by a team of vets.

The giant dental operation came after staff at the Highland Wildlife Park at Kingussie noticed their two-year-old polar bear Walker had a swollen jaw.

When antibiotics failed to cure it, medics realised he would need dental surgery.

So a team of four vets knocked Walker out, lifted him on to a table built of hay bales to support his massive bulk and removed the infected tooth that caused the swelling.

And yesterday, a spokeswoman confirmed that Walker – who was brought to Scotland from a zoo in Holland in November – had made a quick recovery.

She said: “Walker’s keepers had noticed a swelling on the side of his face. They knew they had to do something as he wasn’t responding to antibiotics.

“They decided they needed to operate. It was a pretty standard operation but it was made more unusual by his size.

“Because he weighs 38 stone, we needed four vets for the operation, including a dental specialist.

“His teeth were X-rayed. At first they thought they could do a root canal operation, but when they took a good look they realised they would have to do a removal.”

Vets believe Walker may have broken the tip off a tooth, leading to an infection.

The spokeswoman added: “The infection caused the tooth not to develop – that is why they had to remove it.

“The operation lasted four hours. Walker was up and eating again soon after and he was right as rain the next day.”

Walker shares an enclosure with 28-year-old female Mercedes. His attempts to play with her were initially met with a cold shoulder but their relationship is said to have improved in recent weeks.

“This lady attended a new patient examination worried about the appearance of her teeth, but wasn’t sure how to achieve the result she desired. She…

One ‘silver lining’ in the cloud that is Covid-19 and the restrictions that it has placed on our every day life, is that FHDC has…

Not just the teeth that are white at FHDC!

FHDC is currently open and working today to sort out toothaches and broken teeth and enjoying the snowy surgery views. Please be careful if travelling…

“At Far Headingley Dental Care we believe in a minimally invasive approach to cosmetic dentistry.  This means that improvements to your smile are delivered in…