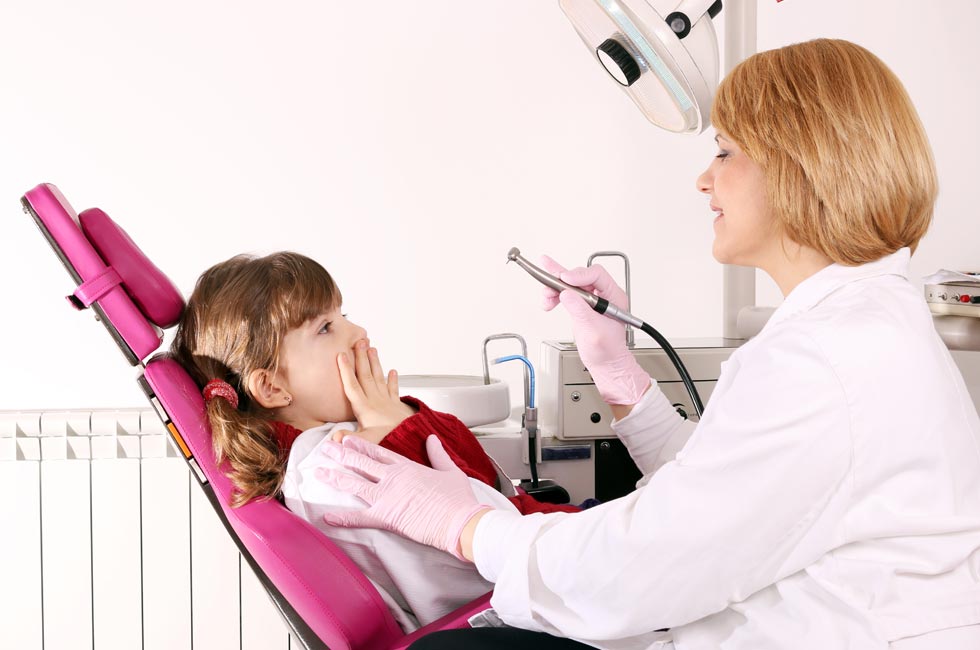 Child-led research reveals how children manage their anxiety going to the dentist.

A child-led study by Queen Mary, University of London has challenged the common perception that children fear a trip to the dentist.

The research shows that even the most anxious child can cope well with their feelings if they are treated with honesty.

Following the research project, academics from Queen Mary’s Drama department and the Institute of Dentistry are now encouraging parents and dentists to be honest with children about what their time in the dental chair will involve.

The researchers engaged with pupils aged nine and 10 years-old from Osmani Primary School in east London in the ‘Do I have to go Project’ using innovative drama techniques developed by Queen Mary senior drama lecturer Alistair Campbell.

Dr Ben Roberts and Professor Ferranti Wong, and students, all from the Institute of Dentistry, were able to get the pupils to express themselves through performance and games as well as using real-life dentistry equipment to recreate a visit to the dentist.

As part of the project, the schoolchildren redesigned a universal medical questionnaire for anxiety, reducing the standard eight questions down to five adding in a section to draw pictures. They then used this new questionnaire to survey 100 of their fellow classmates to find out about their own personal experiences of going, or not going, to the dentist.

But far from fearing going to the dentist as many would expect, the majority of the youngsters expressed the fact that they didn’t mind going for check ups and they understood the reasons why they should go.

Alistair Campbell, said: ‘We wanted to find out why some children don’t go to the dentist. What surprised us was how the children we worked with emphasised that they were not ‘stupid’ and they knew they had to go to the dentist, but they didn’t want their parents to pretend to them that it wouldn’t hurt or that the mouthwash tastes nice just because it is coloured pink. They just wanted them to be honest. In fact during the drama role play we discovered that it was often the adult/parent that transferred their anxiety of going to the dentist onto their child.’

Professor Wong added: “One pupil actually said “I’m scared, it really hurts” but admitted they had actually never been to the dentist. It is clear that this is more about communication. The dentist and the adult have a responsibility to communicate to the child. Be honest and explain that the procedures may be uncomfortable. It is important that children are encouraged to go to the dentist and it’s essential that they learn about oral and dental hygiene at an early age. The key message is tell, show, do and most importantly be honest and don’t lie.”

“This lady attended a new patient examination worried about the appearance of her teeth, but wasn’t sure how to achieve the result she desired. She…

One ‘silver lining’ in the cloud that is Covid-19 and the restrictions that it has placed on our every day life, is that FHDC has…

Not just the teeth that are white at FHDC!

FHDC is currently open and working today to sort out toothaches and broken teeth and enjoying the snowy surgery views. Please be careful if travelling…

“At Far Headingley Dental Care we believe in a minimally invasive approach to cosmetic dentistry.  This means that improvements to your smile are delivered in…